Hullo, everyone! How’re you? I hope you had a great Thanksgiving… and I hope you didn’t miss this post last week. I completely forgot to pre-schedule a post! Whoops! Anyway, I hope you enjoy… Check out Part One if you’re new!

Brooklyn loves to chat with everybody. Everybody. So it’s a miracle that we actually get out of the store in less than half an hour. It’s a momentous occasion I will look back on with fondness and longing.

We hurry home, arriving almost exactly an hour after we left. Mom and Dad aren’t home, thank goodness. Denver’s in the kitchen, and we re-introduce him to Maddie with our added “rescue” story. He seems pretty confused, but he’s also very distracted because of his date. Apparently Ezra, his girlfriend, is coming to pick him up, since she wants the date to be a surprise. Or something like that. So he’s pacing around the kitchen wearing the dreaded flannel shirt. Brooklyn drags him upstairs so she can pick out his outfit. Because, as she says, he needs help.

I dig around in the fridge and find sandwich ingredients. I make one for Maddie and one for me – because I need nourishment, too! – and we finish them off quickly.

Then the doorbell rings.

My heart stops as I consider the possibilities. Is it Jen, with an emergency? Or is it another surprise-random-amnesia victim. But then Brooklyn appears at the top of the stairs. “It’s Ezra! Can you hold her off? Denver’s still a mess.” She rolls her eyes and then disappears.

I go to the front door and open it, revealing Denver’s girlfriend of about three months. She gives me an awkward smile. “Hi, um… yeah. Is Denver here?”

Yeah, she can’t tell Brooklyn and me apart yet, unless we’re right next to each other and doing things the other would obviously never do. “Yes, he’ll be ready in a minute. Come on in. I’d offer you a bacon cookie, but I burned them.”

Her face lightens a little bit. That was enough of a hint that she knows which one I am now. I lead her into the kitchen without thinking. Maddie’s eyes grow to the size of golf balls when we walk in. Ezra is a bit of a sight, in her dressy clothes that set off her purple hair. But she’s even more of a sight when she’s not dressed up.

Ezra looks at Maddie, brow crinkled in a confused expression. “Who’s this?”

I wave a hand in the air, dismissing the subject. “Maddie. It’s a long story. Maddie, this is Ezra, Denver’s girlfriend.”

Poor Ezra. She’s smart, not social. I’m about to rescue her when Brooklyn and Denver come downstairs. I have to give Brooklyn credit; Denver looks much better now. Not too fancy, but not too casual either. He and Ezra look so cute together. Brooklyn doesn’t agree, but that’s just because she doesn’t want to share Denver.

Ezra’s face lights up when she sees Denver, and he gets a dorky grin on his face. They both completely forget about Maddie and Brooklyn and me as they head out to Ezra’s car, talking about some computer problem Denver is having.

Brooklyn sighs. “We’ve still got an hour or two before Mom and Dad get home. What are we going to do while we wait?”

“We could let Maddie get cleaned up and changed,” I suggest.

Brooklyn tilts her head, considering it. “She might look more sad and stuff if we don’t, but Mom would wonder why we hadn’t already cleaned her up. Might as well,” she finally agrees.

We show Maddie how the shower works and leave her to get cleaned up. In the meantime, we pick up the Go Fish game – finally – and work on tidying up the house. Brownie points, of course.

Maddie gets done quickly, and Brooklyn sits her down on the couch so she can braid Maddie’s damp hair. I have to admit that Maddie looks really cute with pigtail braids, especially with the dress Brooklyn found for her. We manage to find enough to do to keep us kind of occupied, but Brooklyn and I still go to the front windows every five minutes to check for Mom and Dad.

We’re in the middle of teaching Maddie how to hula hoop when we hear the garage door go up. My eyes lock with Brooklyn’s. Time for the show to start.

Yay for hula-hooping! And cleaning house! And Ezra! *fist pump* Sounds like there’s a storm coming… *listens to thunder (or a garage door opening)* What think you?

Follow The World Of The Writer on WordPress.com
Join 572 other subscribers 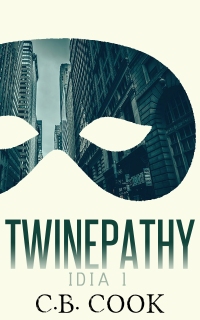 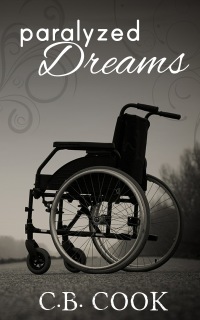